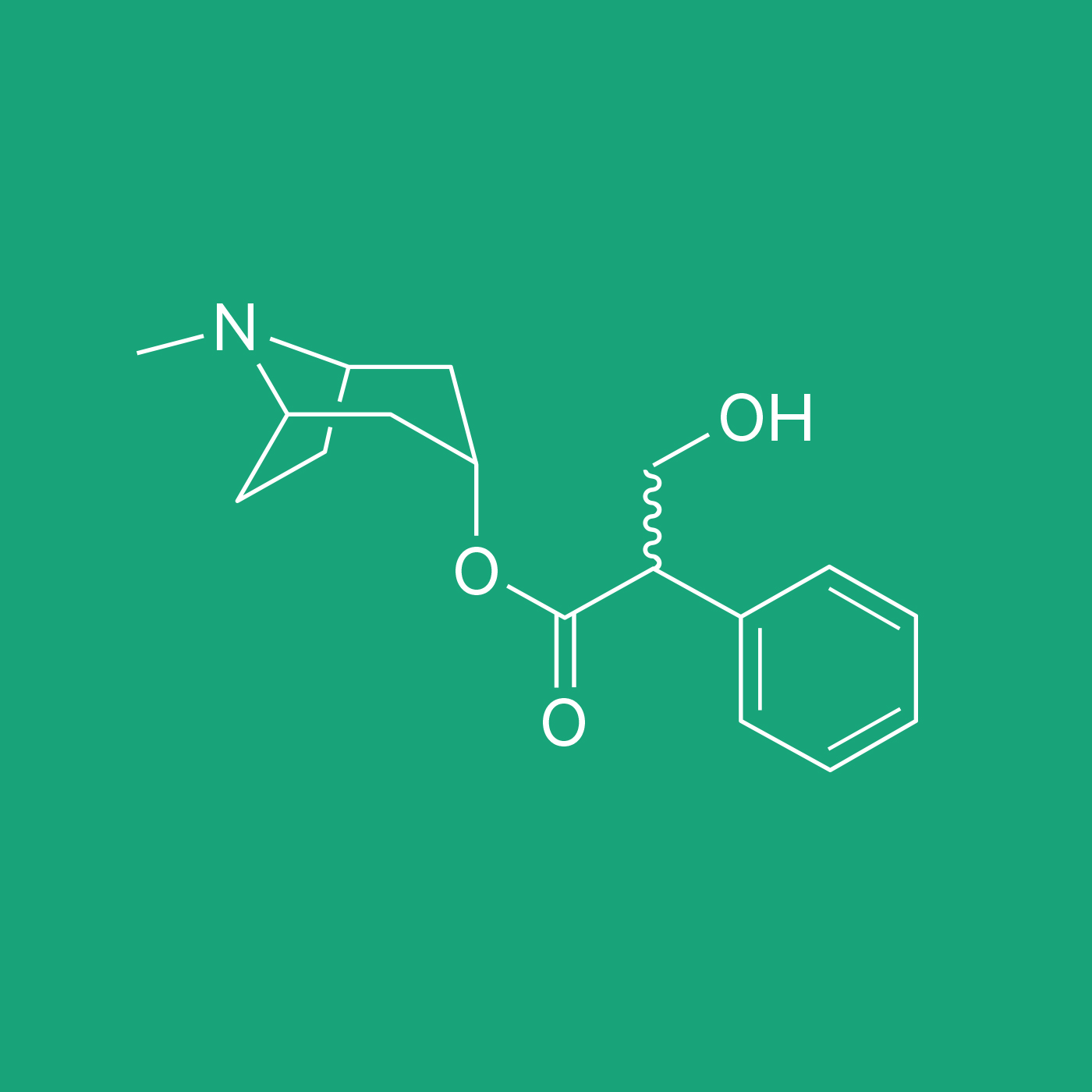 Atropine is a naturally occurring phytochemical alkaloid, originally identified in Atropa belladonna, but found in many members of the Solanaceae family. The most common sources of this API are Atropa belladonna, Datura innoxia, D. metel, and D. stramonium, but it can also be obtained from members of the Brugmansia and Hyoscyamus genera.1 Natural elixirs containing atropine were used for millennia, often in combination with opium, as an anesthetic to be administrated before surgical procedures.1 These natural elixirs were later replaced by isolated active ingredients.2-4  The first total synthesis of atropine was achieved by German Chemist Richard Willstätter in 1901.5 Currently, atropine is on the World Health Organization’s List of Essential Medicines.

C2 PHARMA is the leading manufacturer and supplier of atropine globally. It is synthesized chemically.

Atropine base injections are used as an antidote to treat poisoning caused by cholinergic drugs, mushrooms, organophosphate pesticides and nerve gas; it is also used for some types of slow heart rate (bradychardia) and to decrease saliva production and to prevent other parasympathetic side effects caused by anesthesia before surgical procedures.

Atropine is a racemic mixture of D- and L-hyoscyamine. It is commonly classified as an anticholinergic or antiparasympathetic drug. It binds to muscarinic acetylcholine receptors types M1, M2, M3, M4 and M5, producing a wide range of anticholinergic effects.6 For this reason, atropine administration has an effect on the parasympathetic nervous system, regulating the activity of glands, like salivary and mucus glands. Due to its competitive-antagonism at muscarinic receptors, atropine inhibits acetylcholine activity, thus it is indicated in the treatment for poisoning caused by organophosphate insecticides and nerve gases.