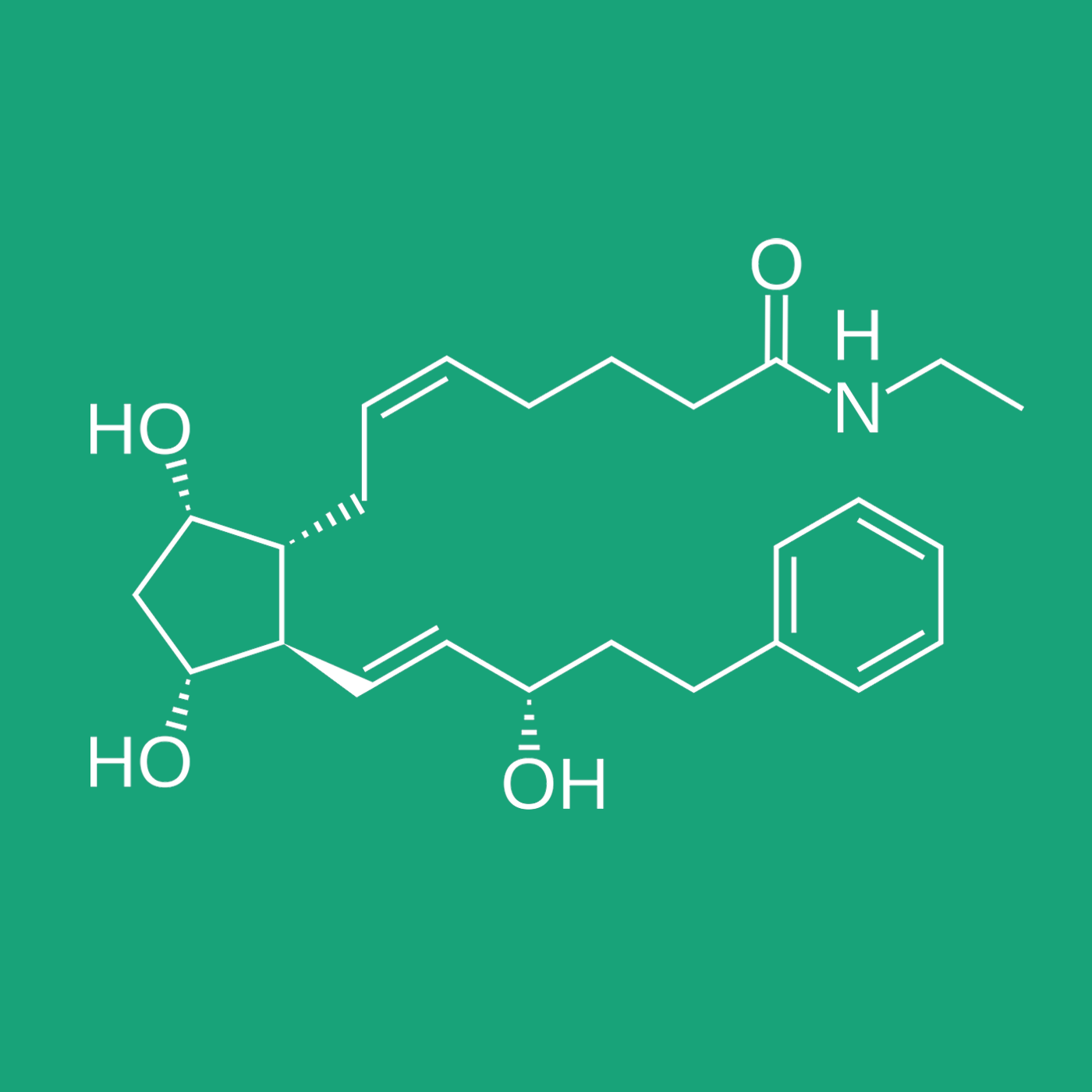 Bimatoprost, a hypotensive agent, is a synthetic amide analogue (prostamide) of the potent FP receptor agonist 17-phenyl-prostaglandin F2α (PGF2α). Bimatoprost was first reported in the early 2000s and marketed, among others, as LumiganTM.1 It is approved as the first-line treatment for glaucoma in the European Glaucoma Society guidelines.2

C2 PHARMA is the exclusive distributor of Bimatoprost manufactured by Laurus Labs Limited, one of the world’s leading API manufacturers.

As 0.03% ophthalmic solution it is approved for treatment of ocular hypertension and glaucoma as well as for hypotrichosis of eyelashes.

Although classified as a prostamide, Bimatoprost exhibits a similar mechanism of action as the prostaglandins. It lowers the IOP without significantly affecting the aqueous production rate and enhances the aqueous humor outflow, either by enhancing the pressure-sensitive (presumed trabecular) outflow pathway or by increasing the pressure-insensitive (uveoscleral) outflow.3